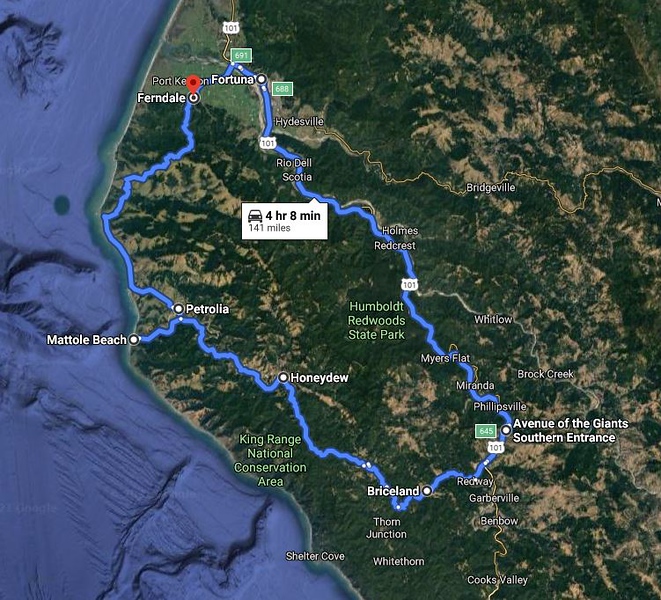 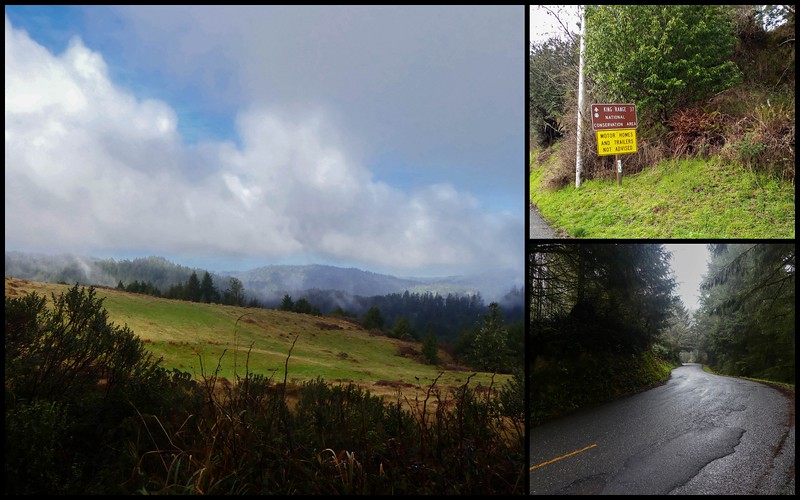 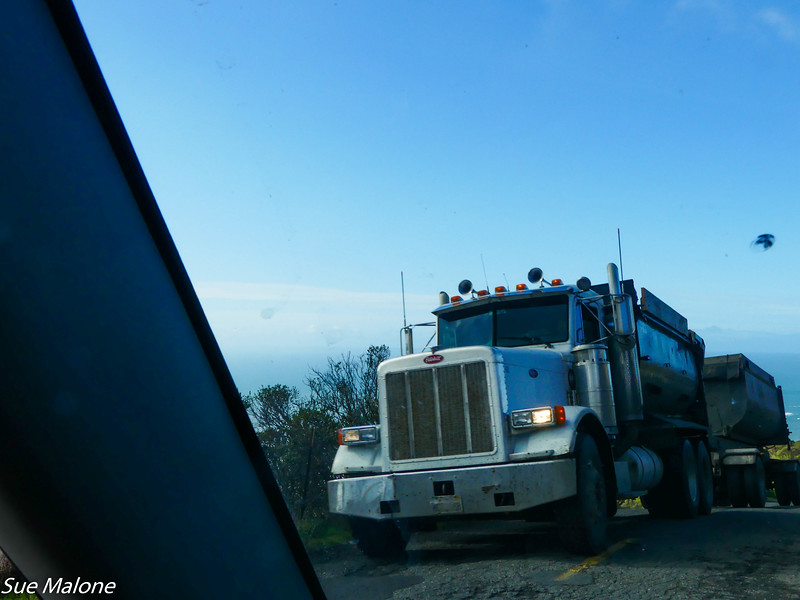 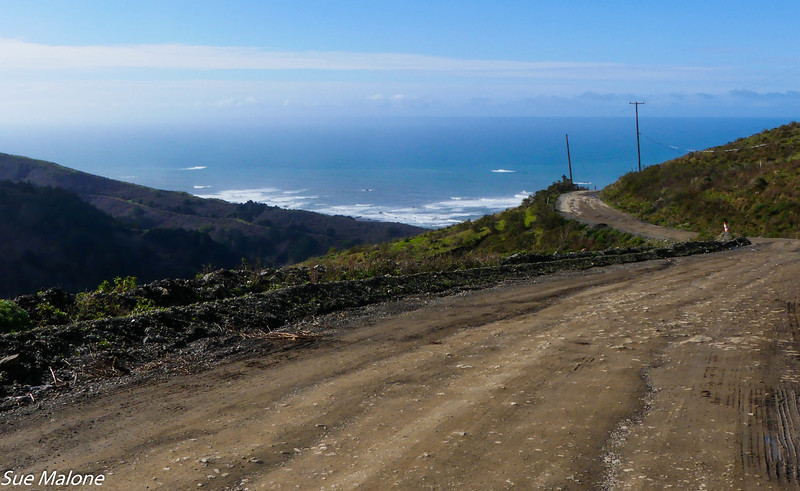 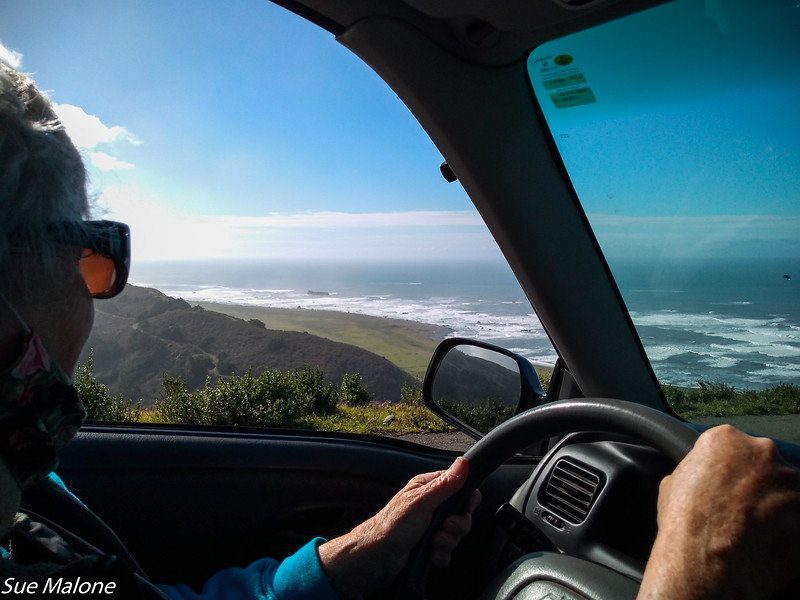 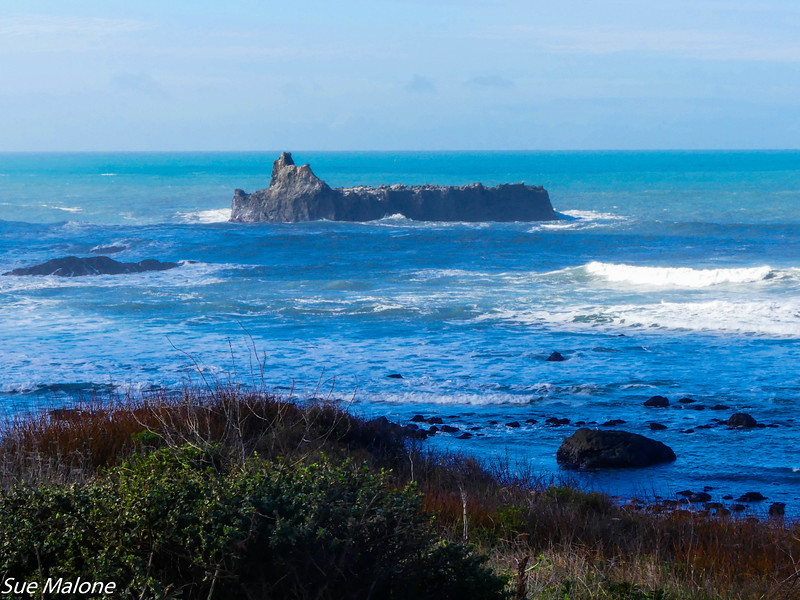 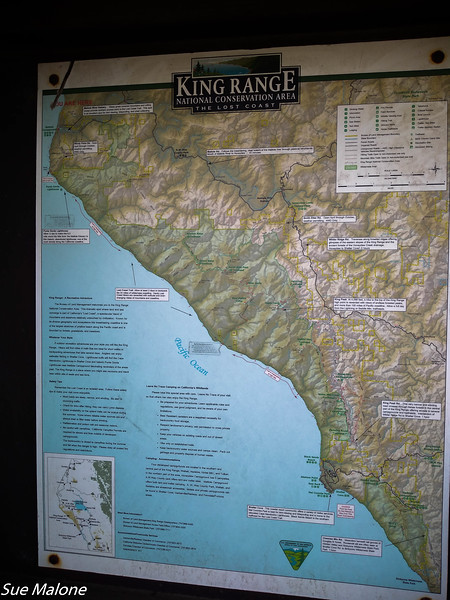 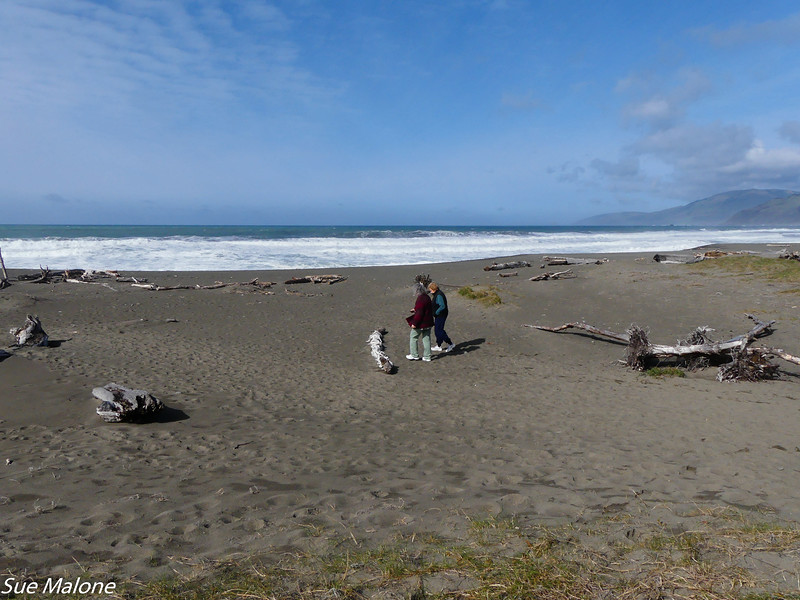 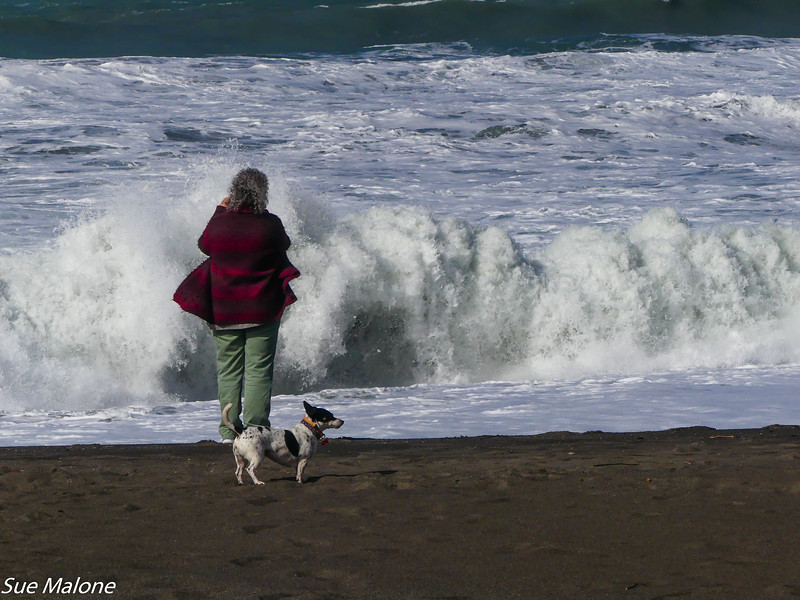 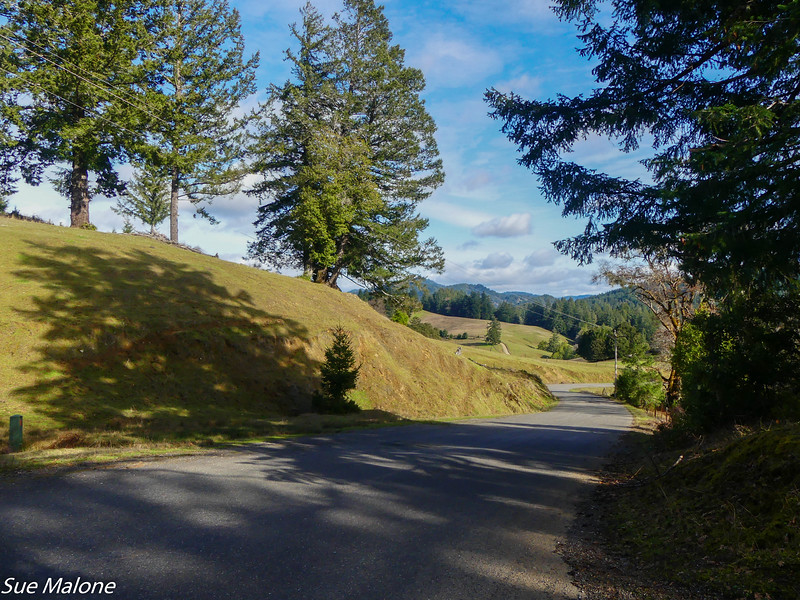 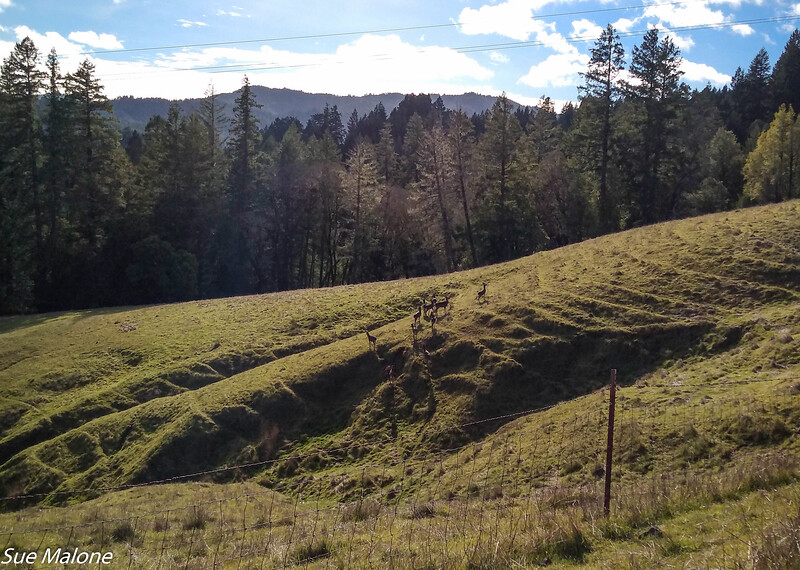 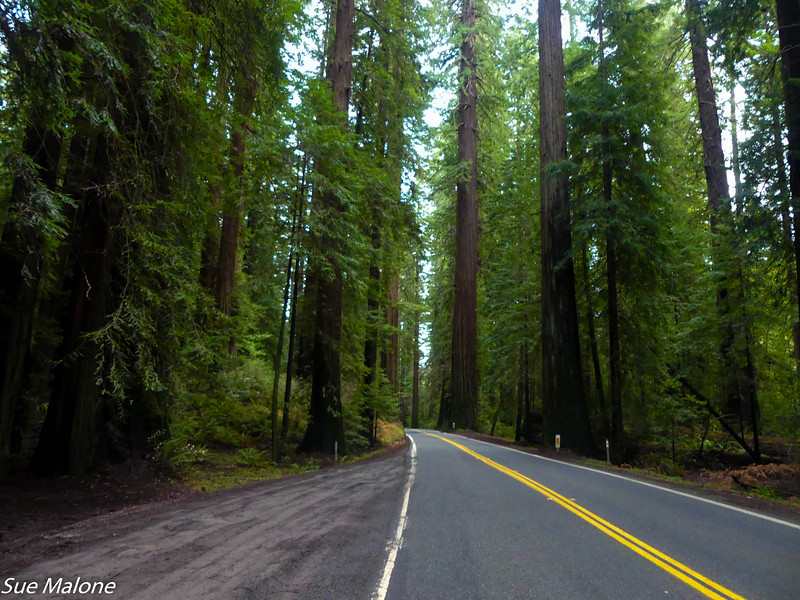 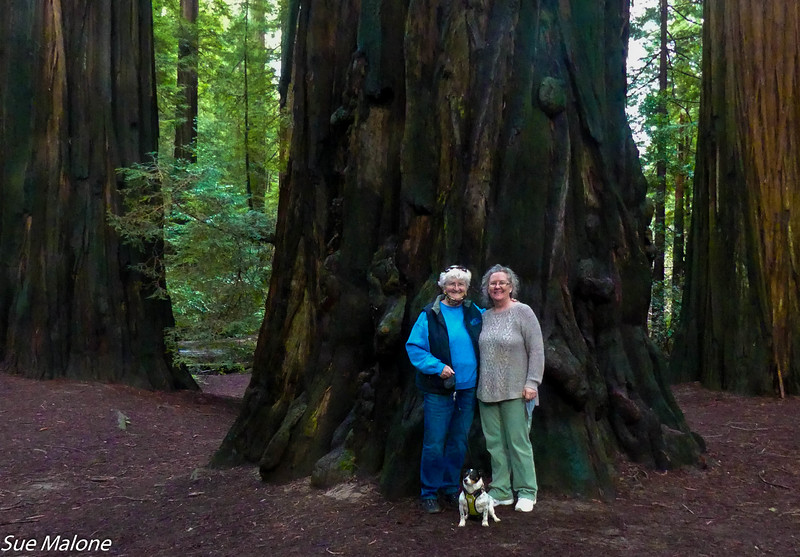 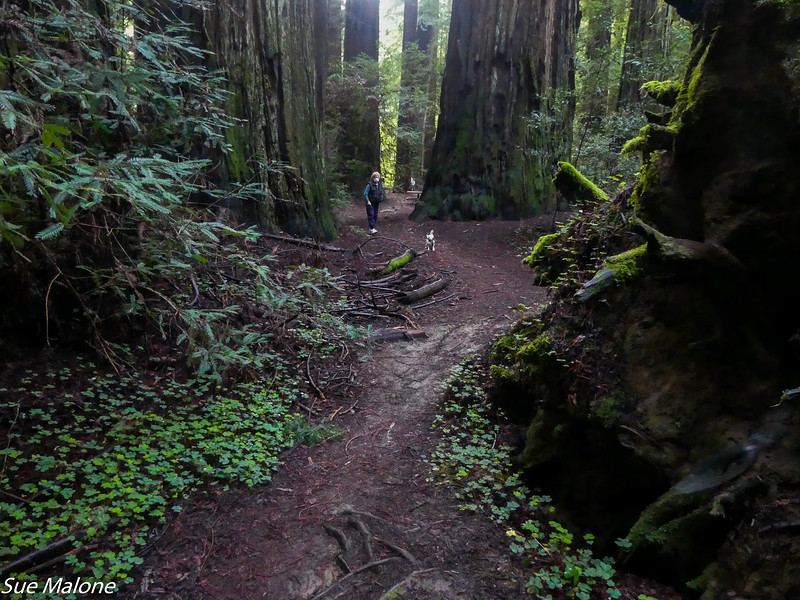 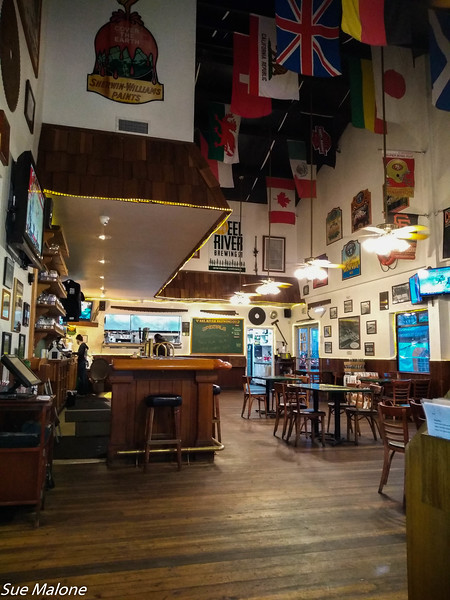 Transcribed in April 2011 from very sketchy notes in our old leather journal, with help from the photos.

Mo has a condo in Brookings that overlooks the Pacific from high on a cliff.  Although she offers it as a vacation rental, she can stay there for 17 days per year without losing any of the tax benefits.  We had to leave Molly at Double C for boarding, however, since the condo association has a “no pet” rule.

Mo’s brother Roger and his wife Nancy drove over from Corvallis to spend the weekend with us.  We had a great time walking the beaches, cooking and eating out a couple of times.  The condo is quite comfortable with two full bedrooms and an incredible view with a deck for sunset watching.  The beach is private, and there is a very long steep staircase leading down to the water.  We found three big old whale vertebra bones that we rescued for garden art back home.

On the way home we stopped at the Jedediah Smith State Park, a cathedral of silent redwoods underlain by thick moss, ferns and shadowy paths.