A crowded Piazza Michelangelo viewed from our late afternoon walk toward home along the Arno River.

Maybe you noticed the long silence between October 4th and October 5th.  I managed to write several posts about our journey  to Italy before I had to take a short break.  After uploading the post for October 4th Day 10, I boarded an airplane bound for Missouri to visit my son for almost a week.  It has been a long time since we spent much time together, and I treasured the opportunity to visit.  Blog will follow when and if I ever finish writing about Italy. 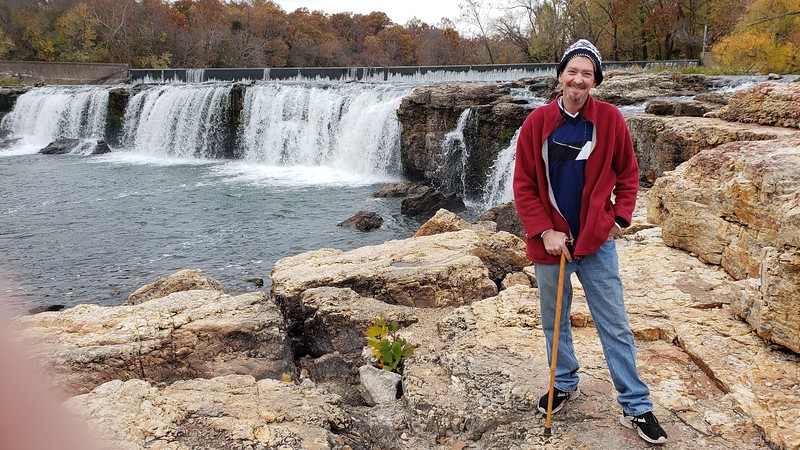 I was home for about 36 hours before I once again boarded an airplane, this time with Mo.  We sadly needed to fly to Denver to support her sister Edna as she laid her husband to rest.  We stayed several days, sharing good meals and good memories of her husband Tom with the Colorado arm of the Oukrop family. Mo’s brothers, Dan and Don, also flew to Denver to support their elder sister.  I probably won’t blog about this one, being a sad family event. 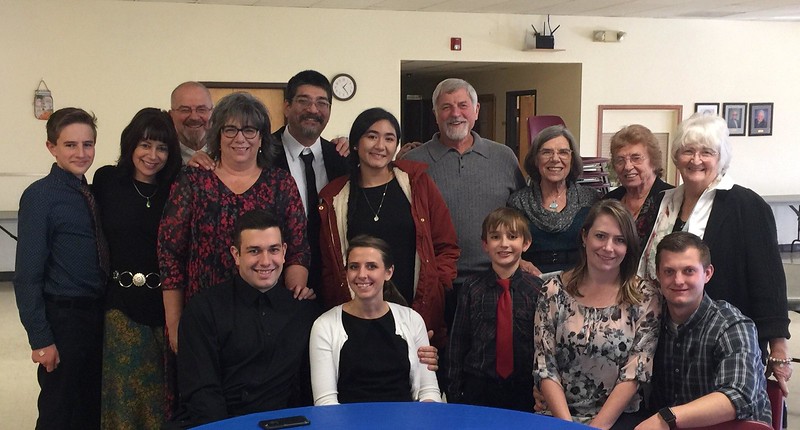 Home again on the 18th, just in time to get ready for Thanksgiving.  Once again, we hosted family here at Sunset House, and I will blog about this one eventually.  But first, time to return to writing about our time in the beautiful city of Florence.

Deanna and I woke on this Friday morning, looked at each other and said, “Nope, not going anywhere soon”.  We were a bit worn from all the traveling and sight seeing of the previous few days and decided to go back to sleep.  That is something neither of us does often.  A bit later we woke to share coffee in our living room sofa bed and some of the delicious pastries that we had purchased the day before.

With hundreds of photos of Erculano, Pompeii, and Vesuvius crowding our cameras and phones, it was time to take it easy and try to decide which to keep and which to toss.  So many photos, so many things to remember.  We later decided that dealing with that particular day of our trip to Italy was probably the most complicated.  It was good to get a handle on it.  Neither of us wanted to return home and try to figure it all out after the fact.

Deanna cooked up a great breakfast/lunch of tomatoes, excellent zucchini, and some eggs that had strange peachy colored yolks that we had purchased at a local market.  We ate on the terrace as we completed the last of the photos.  Our method was to upload phone photos to SmugMug, load camera photos onto the laptop, then download everything from SmugMug to the same folder and work from there.  We managed to synch our phones and cameras to the right time so that we could then sort by time acquired to get things in some sort of reasonable order.  Final edits in Lightroom, and everything then uploaded again to the final, publicly visible folder on SmugMug.  Does that sound like overkill to you?  Just try managing photos from 2 cameras and 2 phones. (We had one Lumix and a mini pocket camera in addition to our phones)  It got a bit crazy sometimes., especially when the laptop refused to “see” the photos on our Samsung Galaxy S9 phones.  Much easier to simply upload and download.  Especially with decent Wi-Fi in our apartment.

After our somewhat relaxing morning, we were ready to once again walk to the city center of Florence to visit the interior of the Duomo cathedral, the Crypt beneath the cathedral, and to climb the Duomo steps at our scheduled 5pm time.  We wandered toward town, choosing to skip an afternoon gelato after noticing that our tummies definitely needed a rest.

Visiting the interior of the Duomo was free of charge, but still required a very long wait in a very long line.  The longer we waited, the more we decided that perhaps we didn’t need to climb the Duomo steps after all.  With lots of fun conversation with our line mates, we offered our Duomo step climbing slot to someone who wasn’t able to get a ticket.

Because there was a threat of rain that day, we both had decided to wear long pants, and Deanna had a light wrap for her shoulders in case she needed to cover her arms against the weather.  What a lucky thing!  We both had completely forgotten the rules for entering the cathedral: arms and knees must be covered!  An official of some sort was walking the line checking people for the correct dress and the young woman and her mother who were behind us in line did not have the proper coverings!  The mother ran off looking for shawls while the daughter held their place in line.  It took forever for mom to reappear and everyone was very worried about her.  She seemed like a bit of a ditz and the piazza was incredibly crowded and busy.  We reached the entrance before she returned and her daughter held back hoping to maintain her place in line when her mom eventually found her.  The other couple which had originally accepted our climbing reservation also were improperly dressed and gave up their place in line to do something else for the afternoon.  Sadly, we couldn’t give away our reservation.

Later, as we explored, we heard someone call to us, and there stood mother and daughter, properly clad in shawls to cover all the necessary parts.  We all laughed and Deanna and I were very relieved that mother and daughter were reunited and didn’t miss their chance to enter the cathedral.

The Duomo, (Cattedrale di Santa Maria del Firore), is the most iconic landmark in Florence. The red tiled cupola designed by Filippo Brunelleschi caps an overwhelming facade of pink, green, and white marble. Work began in 1296, but construction of the cathedral took almost 150 years.  Interesting to me that the beginning of its construction and its consecration cross over the turn from the Middle Ages to the age of the Renaissance.

The Neo-Gothic facade that is visible today replaced the original that was torn down in the 16th century.  Although the exterior is rather overwhelming with its detail and sheer size, the vast interior is a bit of a surprise. In comparison with many cathedrals I have visited, the interior of the Duomo is quite understated. Many of the most impressive sculptures and paintings have been removed to the safety of the Duomo Museum, which we visited earlier in the week. 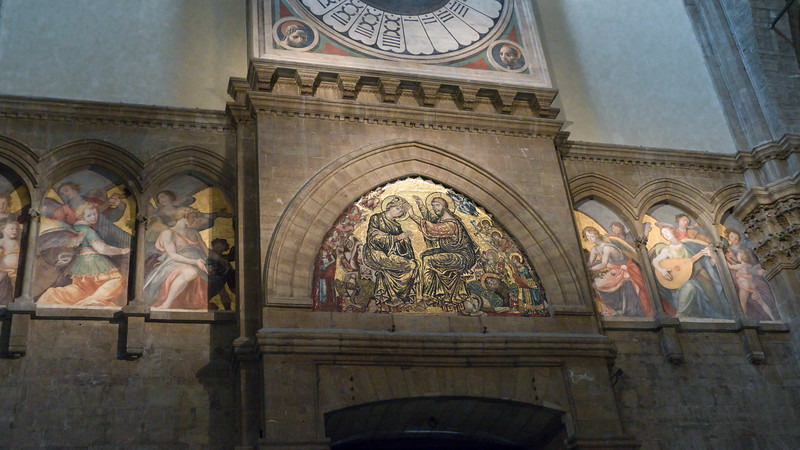 Even though we did not climb the 463 interior stone steps leading to the cupola, we did admire it from below.  The complex engineering of this dome, using over 4 million red bricks laid in overlapping concentric circles is a marvel.  This allowed the dome to be built without needing a wooden support frame.  I took many photos, but this 360 degree image will give you an idea of what it is like to enter the main part of the cathedral.

A replica of the cupola at the Duomo Museum with information about how it was created.

After exploring the main part of the cathedral, we took the steps the led down to the Cripta Santa Reparata, where excavations between 1965 and 1974 unearthed parts of the 5th century Chiesa di Santa Reparata that originally stood on the site.

Deanna wandered much more than I did in this underground vault of history.  I needed a bathroom, was dizzy from too much looking up, and was seriously worn down.  Sometimes all that stuff can get to be just too much, no matter how fabulous it is. My memory of the crypt is mostly about looking for a place to sit and a place to potty.  Real life enters, even in Florence. 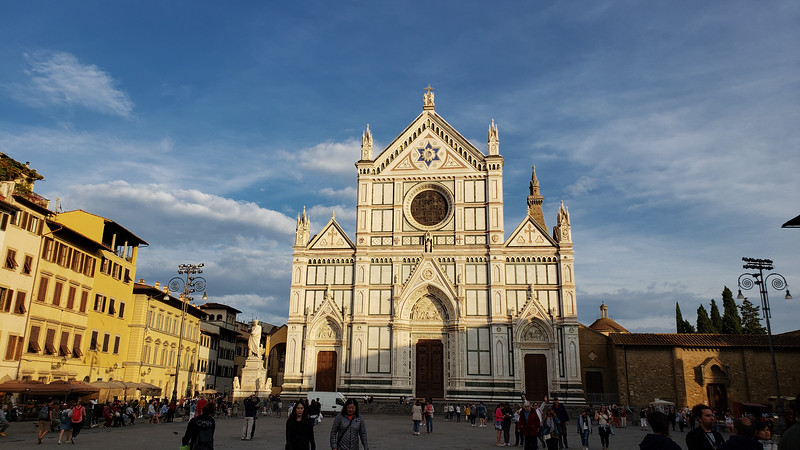 I was happy to return to the relative openness of the piazza, in spite of the huge crowds.  We once again wandered to our Duomo Cafe, this time choosing bruschetta and wine to fortify us for the walk back across the river. 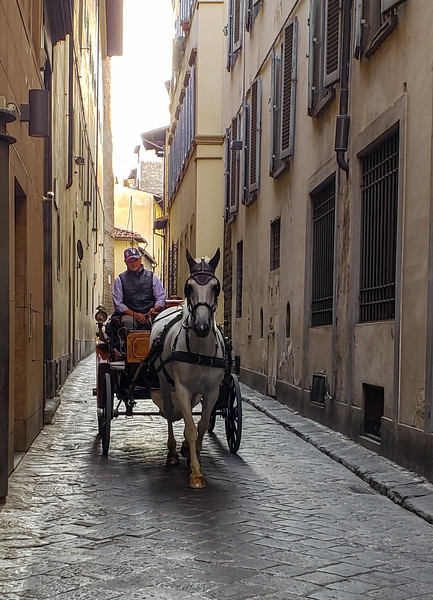 We had discovered the easiest walking route from our apartment to downtown Florence, along the back roads parallel to Santa Croce, and Casa Buonorotti, places we planned to visit at a later time.  You can only do so much in a day in Florence. Once again, our late supper at home was pasta and veggies, our go to meal during most of our time in Italy.  Easy and Perfect.