It is raining hard right now, and the wind is blowing.  It rained all night and most of the day yesterday.  Mo and I laughed about how much fun it is to be rocked to sleep in the dark listening to the sound of rain on the roof.  Not something often experienced in the stick and bricks.

We expected rain when we set forth on this journey.  The predictions were for rain and gale force winds in Brookings, with small craft warnings all up and down the coast.  We left the apartments in Klamath Falls on Wednesday morning, leaving behind a skiff of snow as we headed west for the cottage and the waiting MoHo. 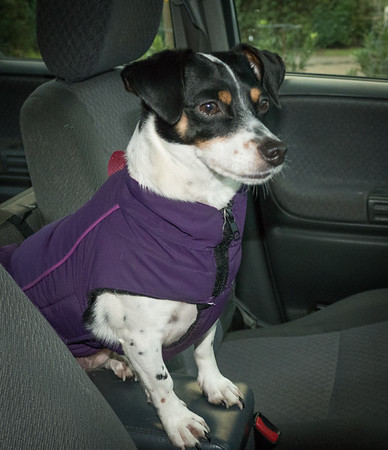 Mattie is ready for some chilly days at the beach

I spent most of the afternoon in Grants Pass raking up more leaves, but the good thing was that at last the huge oaks seemed almost completely bare.  The neighbor across the way came over to talk and said, “At least this should be the last time you have to rake.”  Yeah, maybe, but there are a LOT of leaves waiting to be hauled off, all scooted off the grass and to the long driveway, hopefully they will still be where I put them when we get back to Grants Pass.  Rumor has it there was a huge storm there as well, with lots of wind.

Cozied up in the cottage, for a moment we questioned our sanity.  Are we really heading for the coast and a big storm instead of laying low?  The answer was a resounding “Yes”.  Every time I moved the MoHo out of the RV shed when we were unloading “stuff” from Rocky Point, I would smell that familiar MoHo smell.  Familiar, comfortable, a reminder of almost ten years of happy times cozied up in that sweet little rig.  Couldn’t wait to get out again after such a long hiatus.

When we left Grants Pass on Thursday morning, the skies were dark and gray, and we fully expected to be fighting rain and wind all the way. There is a big tunnel, just beyond the California state line, and as we entered the tunnel it was cloudy, and when we emerged on the other side, the skies were a brilliant blue and the sun was gorgeous.  It was the strangest thing.  I was driving, so didn’t get any photos, but the winding road along the Smith River was breathtaking.  The canyon is deep, with incredibly steep mountains along the river, and much of the highway was darkly shadowed where the sun never gets high enough this time of year to touch the river.  Then from that dark shadow we would emerge into sunlight so blinding that it was hard to see.  Talk about contrast.  The skies were bluebird blue all the way to Highway 101, with just a bit of cloudiness visible in the distance on the ocean horizon.

We arrived at Harris Beach State Park around 2pm, without a reservation on a mid week day.  In spite of the season and the weather, most of the front row ocean view spots were already taken, but we got lucky and slipped into one of our favorite sites, A23.  There were three rigs right behind us.  Lots of space still available in the park, including sites with cable, so they found a home as well, just not as perfect as ours. 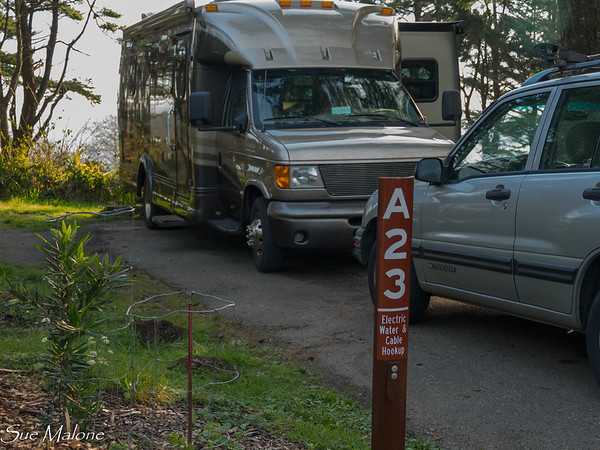 After visiting Judy at Harris Beach State Park in the summer of 2015, and reading her blogs about how she felt about spending that summer as a volunteer, (discussing the down side of crowded conditions and summer fog) we were glad that we were here in the off season.  Suzanne of Take to the Highway, had trouble finding a spot when traveling during the summer as well and it seems that our opinion and love of Harris Beach State Park is colored by the fact that most of the time our visits have been off season, often in November, December, and early spring.

Dinner for our arrival night was already determined, “Fish and Chips!” Our little Chetco Café and Seafood place where we have enjoyed so many great fish and chip meals is now closed.  Instead, in the same area of Brookings Harbor, we returned to a previous find, The Hungry Clam, which had a tremendous plate of halibut and chips.  The only thing about this little spot is that they have no liquor license, so a glass of wine or beer with the chips isn’t possible. Still, it was a great meal, and the leftovers fed us for another night at the beach.

Friday morning I took a few hours to wander around Brookings, shopping at a favorite quilt shop, Keepsake Quilting, and discovering another wonderful shop called “By My Hand”.  I walked away with more fabric and some yarn for knitting, always hard to resist.  For me, it is all about the color and texture, and I could walk around and touch and smell yarn to my heart’s content.  In the same little mall, I finally found the bakery I had read about, “Bakery by the Sea”, and bought the best six inch apple pie I have ever tasted.  (That bakery was so great that I had to return this morning for another pie and some crullers.  Yum!)

Another stop at a favorite local gift shop, “Feather Your Nest” yielded some goodies for my Rocky Point Ladies Luncheon Christmas table decoration that will be coming up soon.  By the time I returned home, Mo and Mattie were ready for an outing. 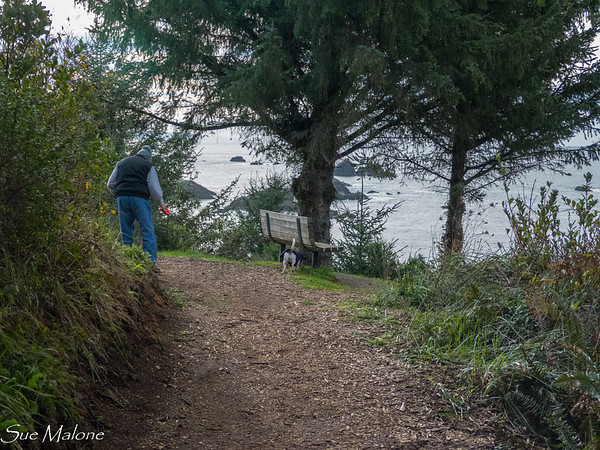 Heading down the South Beach Trail at Harris Beach

We decided to take Mattie down the South Beach trail for some sand time.  Walking toward the north instead of the south, the familiar sea stacks welcomed us back home.  Everything looks much different this time of year, when the leaves are gone from the shrubs and the skies are wild and gloomy.  There was still very little wind, and once again we discovered that the winds up on the bluff where the park is located are sometimes completely absent down on the beach.

After some time there, later in the day we decided to try the dog beach at Maklin Mill Beach.  There is no leash law here and people love to bring their dogs for play time. 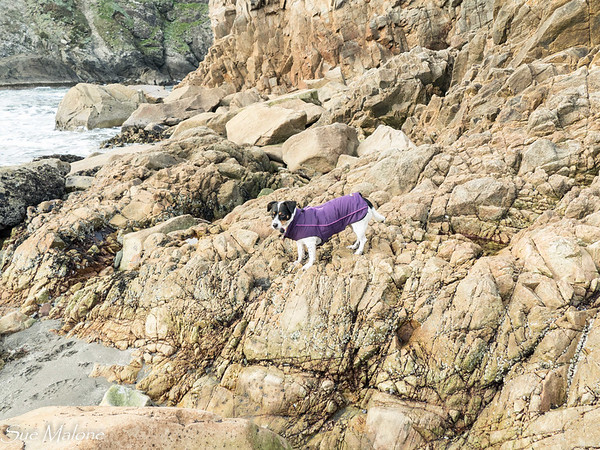 Mattie was beside herself excited, and there were lots of dogs around, but this time we found no friends for her to play with.  A few big dogs, with owners who kept them at a distance, and one little six month old Jack Russell who was a bit scared of Mattie’s exuberance. 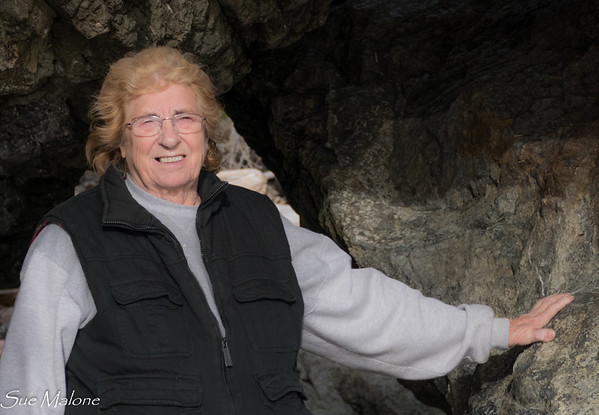 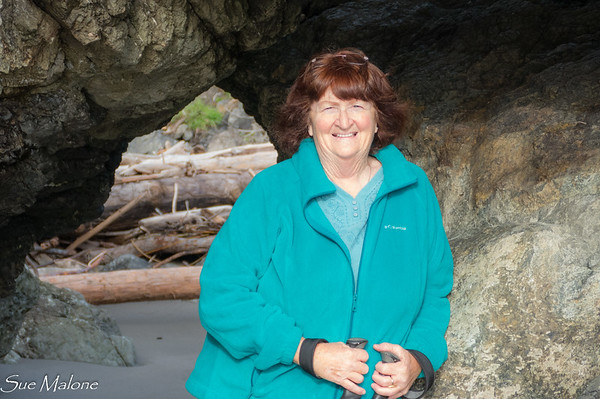 Friday evening the rains started in earnest  and the predicted winds were wild.  I did spend a moment or two wondering about the big trees near the MoHo during those winds, but everything held and we had no problems.  Something I have noticed, is that our slide awning seems to be resistant to the flapping problem that people often talk about during wind storms.  We didn’t have to pull in the slide in spite of the wind.

Saturday morning was stormy and wild, and Mo and I decided that it would be fun to try to get in between the rain for a beach walk.  The skies kept changing and the wind made the weather dramatic and fun instead of simply dark and boring.  Instead of walking the long slope down to the main beach, we took the Tracker down so we could escape the rain if needed.  Mattie was excited to be on the beach for about five minutes. 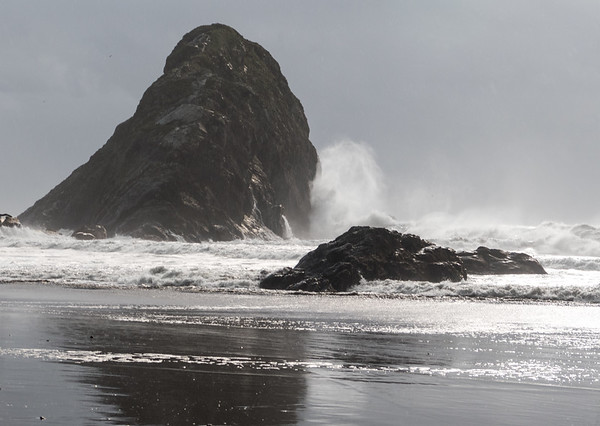 No one was around, so we took her off leash.  The rain started up, pelting us in the face so hard it stung, and Mattie decided that this was just plain stupid and took off back up the ramp toward the car.  All the calling and coaxing couldn’t convince her that the rainy beach was a decent place to be. 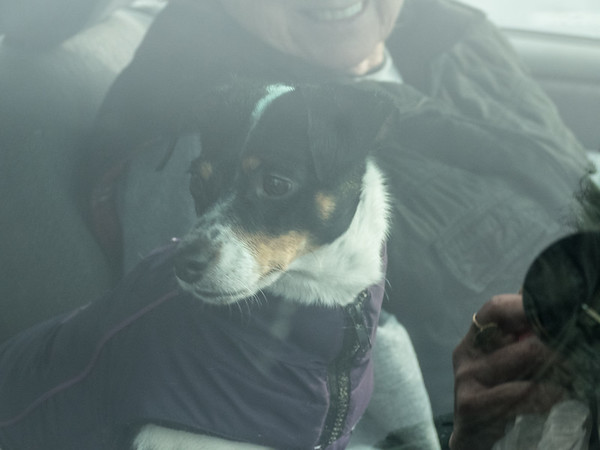 She and Mo took refuge in the car while I kept walking a bit to try to get some photos of the wild surf.  Taking photos in a rain storm can be a bit daunting, but I would hide behind a rock, pull the camera out from my waterproof coat for a fast shot.  The weather was exhilarating!  I decided then and there that I love the coast more in the winter than in the summer.  Summer beaches should be Caribbean or Floridian in nature, and the Oregon Coast is always wild, summer or winter, but at least in winter it is mostly empty. 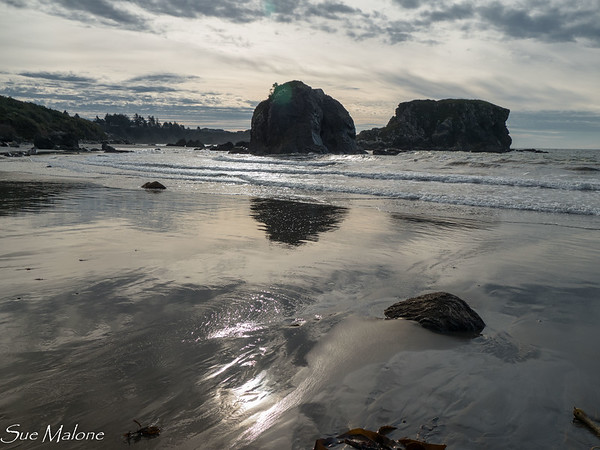 After that little weather moment, we decided to try Mill Beach once again, and surprisingly, we got a parking place right at the beach, and the wind was much less crazy than it had been back at Harris Beach.  We walked for an hour and a half with Mattie off leash most of the time and no other dogs to worry about.  The surf was crazy wild and gorgeous. 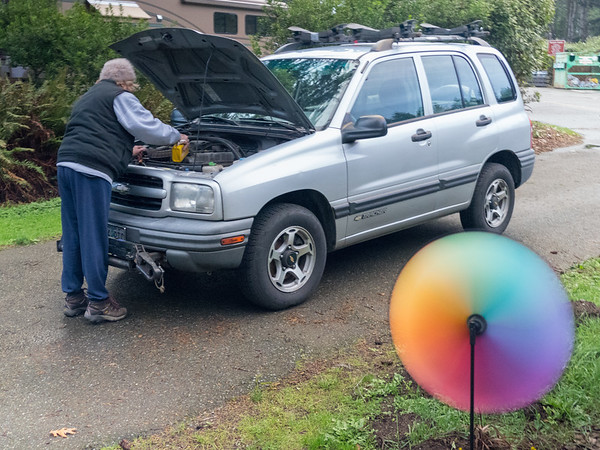 I included this photo for the wind effect.  See how fast our flower is spinning?!

Our planned entertainment for Saturday afternoon was some time at the Lucky Seven Casino, just a bit south of the California border in Smith River.  We had visited this casino a couple of times in years past, but it was quite a surprise to see all the remodeling and rebuilding that has happened since we were last there.  The gaming areas are a lot bigger, and the slot machines are a lot fancier.  Big things, and all 1 cent machines which we love, but the fine print is that the minimum bet on most of them was between 40 cents and a buck and more.  I guess they have to pay for all the fancy new stuff.

We aren’t big gamblers, and usually I am only willing to shell out 20 bucks for some entertainment, and if things are good, maybe 40 bucks.  I never plan on winning and sometimes I do, but at least I get a bit of fun for a time.  This casino wasn’t that much fun, in spite of the glitz.  We lasted about an hour before leaving with our free machine cappuccinos. Probably won’t have to go back there anytime soon. 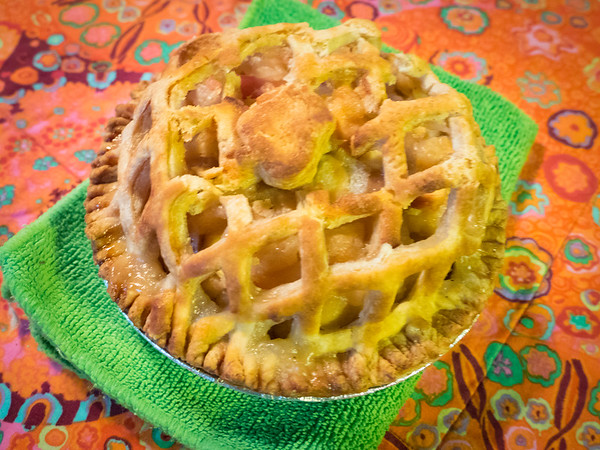 Once again we were rocked all night with wind and rain, and woke to a gray Sunday.  After breakfast I made another run to the wonderful bakery, open on Sunday!  Home to processing photos, and writing this blog, and now as I look outside, the winds have parted the clouds.  I can see the wild surf below us, and I am sure before long we will attempt to convince Mattie that walking on the beach with imminent rain isn’t as bad as she thinks.