Spring time in the Klamath Basin is completely unpredictable. I guess it is like that in many places, but still hard to imagine 80 degrees and snow in the same 24 hour time frame. The last couple of days have been frigid, with morning temps down to 24 degrees F. Cold. The weather people aren’t doing too well with the predictions this year, with dire forecasts for rain and snow that come and go and then repeatedly get bumped up 24 hours or so, often not showing up at all. Today we had snow and rain and thunderstorms predicted all day, and the skies are right now gorgeous, with big puffy whites blowing overhead and not a speck of either snow or rain. 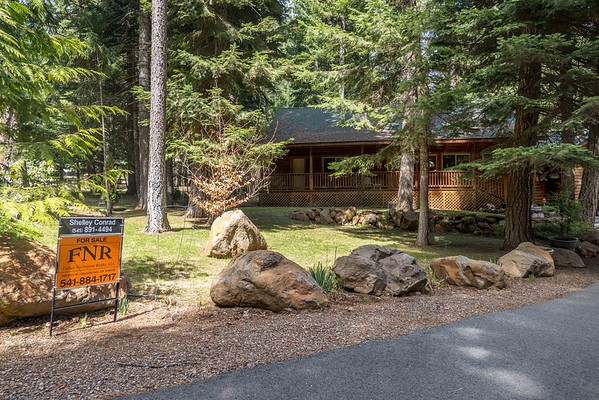 Just over two weeks ago, the Rocky Point house officially went on the market. Zillow shows a good amount of traffic, and we have had a few showings with some possible interest.  It is somewhat exciting, and still a bit like standing in front of a slot machine, or buying a lottery ticket. We could get a buyer any minute or next week, or next year. Good thing we don’t really have to worry about selling as quickly as possible.

Of course, the sooner it sells, the sooner we can move forward on the Grants Pass house. In the mean time, we are trying to schedule our lives such that we can have a bit of fun and some relaxation now and then in the midst of mowing lawns. Yes, once again it seems our summer will be spent doing lots of mowing, with only three places to keep up instead of four, that is still two too many!

I am not sure if we would have taken time out of all the fixing, selling, mowing, and packing to go on a trip without a bit of a boost, but that boost came along with a family trip planned for the Oregon Coast. We were not about to miss out on that one, with Mo’s three brothers and their wives converging on South Beach State Park for a few days of camping and crabbing.

We managed to sandwich our beach time in the middle of Rocky Point time and Grants Pass time. We returned here to the apartment on Monday afternoon and it is all a blur. The few days relaxing at the beach were almost lost in the shuffle.

Before we left I got a new phone, finally deciding that I would try out an Android, after having iPhones for many years. It has been interesting, fun, and a bit challenging. Still, I really like my new Samsung Galaxy Note 5, especially the stylus, and the “voice to text” part. Instead of Siri, I now have “OK Google”, not quite the same, but it seems to do the trick. This blog post comes to you by way of that nifty little voice thing, and I definitely have to thank Take to the Highway, Suzanne, for the tip. She read a goofy email from me that said sorry, I am typing on the iPhone, and proceeded to teach me about Siri. Why did I avoid Siri all these years?!?!

This time, while we were traveling, during the day I would open an email to myself and proceed to talk about what was happening, about my day. Some of the translations were seriously funny, but hopefully as I continue to work on this post and edit my emails accordingly, I’ll eliminate anything that makes no sense.

My favorite was “having dinner at Donna’s Dance Place”, which was supposed to have been “having dinner at Dan’s place”. Mo and I entertained ourselves for some time reading back the transcribed posts. Good for a great laugh at least. I decided that learning new technology is good for an old brain, will it keep me young? 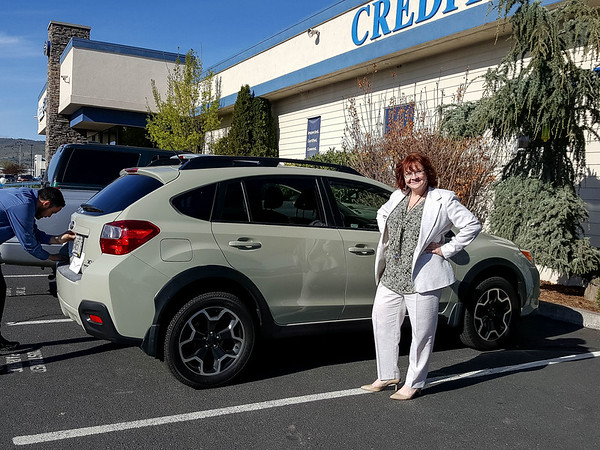 We left the apartment on Saturday the 16th after checking out my daughter Melody’s brand new to her 2014 Subaru! Finally, she will be able to navigate snowy roads without worry. I am tickled for her. It was a week for new cars I think with grandchild Axel purchasing a nifty 2014 Ford Focus. One less worry for me. At 23 years old, it is a first big step and I am a proud grandma. 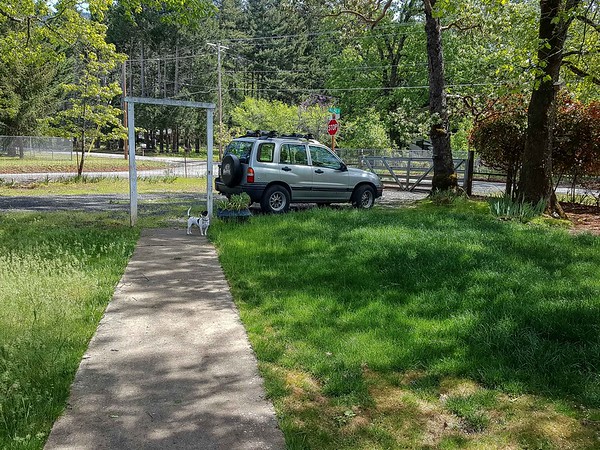 After a couple of days mowing and yard work and making the house pretty for showings, we drove to Grants Pass where we discovered that three weeks was much too long to be away from the lawn and the pasture. 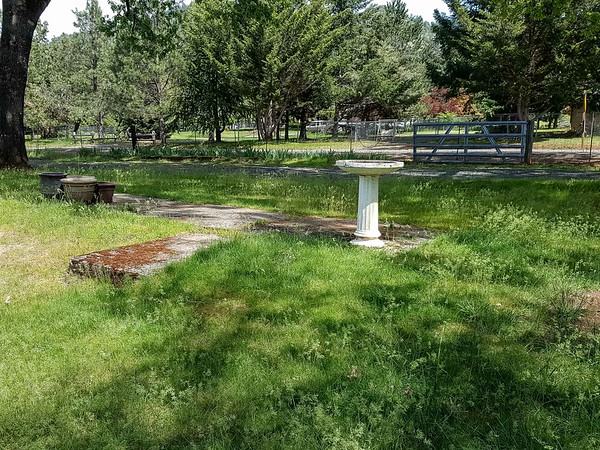 Warm spring rains really make that grass grow fast. We spent the rest of the day mowing, and were ready for our builder to show up with his plans for the new house. 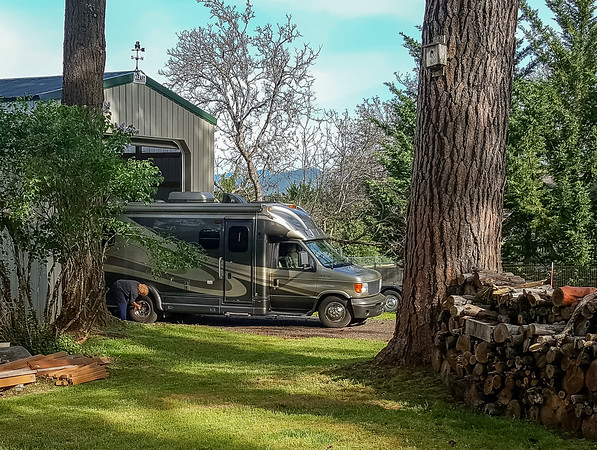 By the next morning, when we left for the beach, we were definitely ready for a break.

FYI, this is a Samsung Galaxy Note 5 photo.  I am very impressed with that little camera.

Once again, the weather gods were with us. The predictions were dire for the coast, with the entire week inundated by rain and weather watches. It never happened! We had a few cloudy skies, but the rain held off until the following Saturday morning as we packed up the rigs and returned home.

Next Post: Playing at the beach, kayaking, and crabbinf in Newport