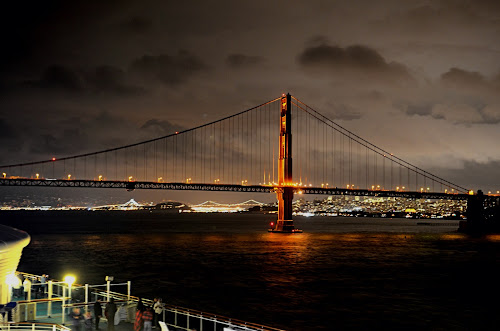 The sun has risen and I realize that we are on the right (oops, I mean correct) side of the ship for the trip toward the islands. Our cabin on the Star Princess is on the port side of the Baja deck. We are in the forward part of deck, the eleventh, so there is a bit of movement here as our ship leaps through the moderate swells. I woke several times during the night, rocking to the motion of the ship. I wondered if this is how it might feel to be a babe in your mother’s womb. 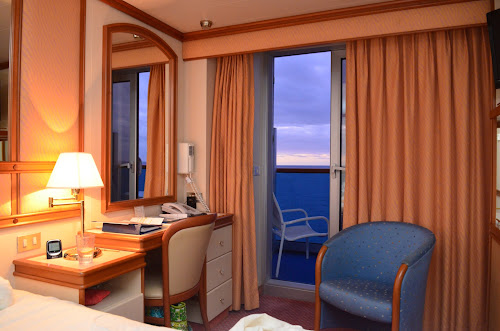 I am grateful for my sea wrist bands which are almost keeping me from feeling sick. I have scopolamine patches with me but I hate to use them since they make me feel so weird, but I think my plan is failing. 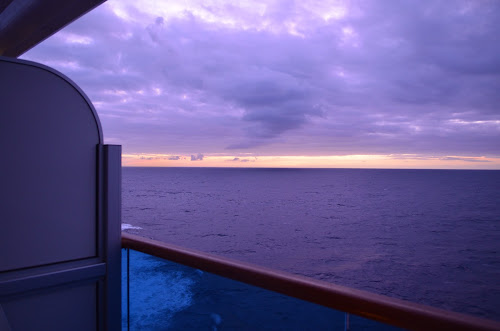 We are waiting for morning coffee and pastries to be delivered to our cabin. Our plans include just about nothing on this, our first day at sea. I guess that is a good thing since it is now several hours later and I am just emerging from a major bout with sea sickness. Lesson learned: if you wait too long before putting on the patch it will be too late.

We began this trip with a nice drive to San Francisco, west coast departure was nice since we didn’t have to fly anywhere. It took us just over seven hours to get to the City and Pier 35 where the beautiful Star Princess dominated the skyline. I am not yet jaded enough to keep from getting excited at these big ships. They truly are an amazing wonder of ship building and they are just getting bigger and more shiny all the time. 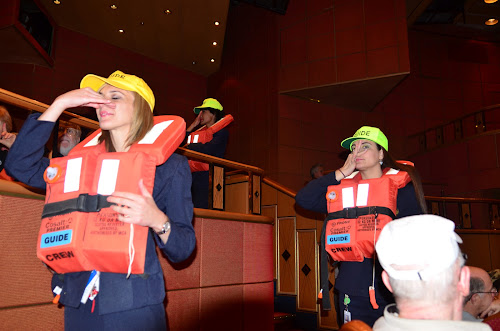 The pier had a drop off area but the traffic on the Embarcadero was backed up and slow. We sat in line for awhile before deciding to just go park at the prearranged garage and walk with our bags. It was only a couple of blocks and very easy. 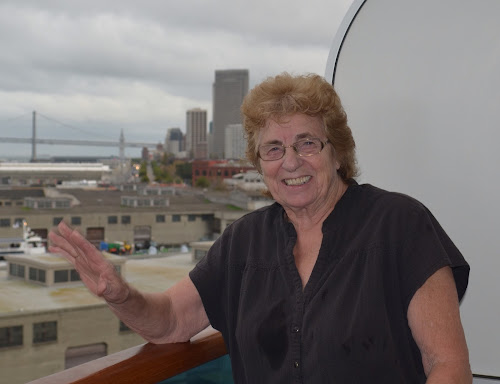 Once inside, the lines were long but moved along quickly and efficiently and in no time at all we were in our stateroom. Our luggage was even delivered within a few minutes of our arrival. Our stateroom steward, Imman, from Indonesia, introduced himself, and very shortly we had the requested foam pad all set up. The Princess beds are very hard, so it is smart to ask for a pad before they are all gone. 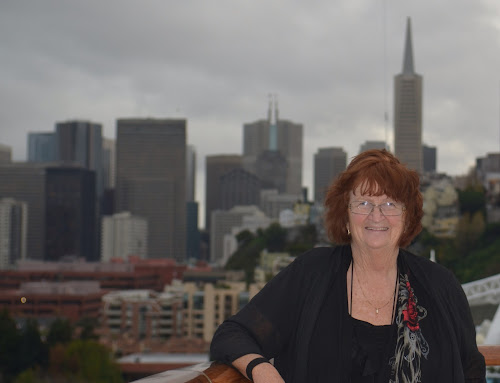 We unpacked, once again appreciating the incredibly roomy closets on Princess and the extra drawers and shelves that do so well accommodating all our stuff. We walked upstairs to the Lido deck for a late lunch of fruit and Caesar salad. There are lots of fresh veggies available and the watermelon and pineapple were nice and sweet. 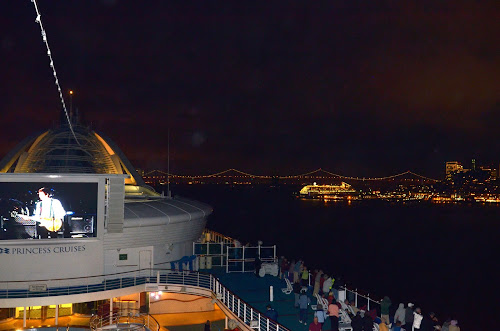 One of the things Mo wanted most from this San Francisco departure was the sail out under the bridge. Having lived nearby in Montera for many years, she has a special relationship with the City. Our departure was scheduled for 4pm and in spite of the cloudy skies we knew there would be a great view of the bridge as we sailed beneath.

We climbed to the top decks in the chilly air for the sailaway party, which ended long before the actual sailaway. With a two hour delay, we sailed in the dark, but it was still magical. Accompanied by Paul McCartny on the big screen and the lights of San Francisco, we sailed underneath the bridge in the dark drizzly skies, and raised our glasses and cheered with everyone else when we went under the bridge. Above us on the bridge, people were cheering as well. 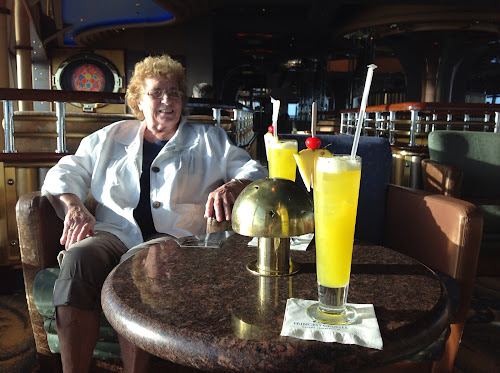 Before we knew it, it was time for dinner. We had chosen early seating and specifically requested a table for two. Of course, we were led to a table for eight and the waiter was insistent that two tops did not exist for early seating. After a bit of a wait in line, I conferred with the maitre d and we signed up for late seating and a table for two. I would rather eat late anyway when we are exploring, but it is hard to eat so late on sea days. Better than having to play nice. Of course, we could get delightful people, but in the past it has been rather tiresome. We enjoy each other’s company without all that extra effort.

It had been a long day and by 7 or so we were both running down and decided that a buffet in Horizon Court would be just fine. Nothing fancy. Some kind of pork cutlet with rice, our standard watermelon, salad, and topped off with a really good cup of coffee. The bed felt great after that and in spite of the rocking I slept great.

Today has slipped by easily, especially after I quit being sick. A nice perk on this cruise is the $250 credit that Mo gets for being military. We can have a drink a day each and just barely use it up. The extra helped us to decide on a night at the special steak house some time during the trip.

The swells coming from the northwest are huge and the ship is still rocking crazily. Don’t let anyone tell you there isn’t much movement in a big ship! Tonight we are going to the dining room for dinner.

Just a little side note. This afternoon I took the iPad down to the Internet cafe and discovered another good reason for not upgrading to iOS 6. It isn’t compatible with the ship satellite Internet system. Lucky me and unlucky for a lot of folks standing there with ther shiny new iPads.

8 thoughts on “Rolling to Hawaii November 20”